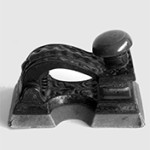 The Association of Chateau Liteň has lent some photographs of Jarmila Novotná for the perfectly named exhibition “The Bride Bartered Abroad“, which aims to map the history of Bedřich Smetana’s best-known opera in the foreign scene. The exhibition is organised by the National Museum – the Museum of Bedřich Smetana. It is opened from March 6, 2019 until November 2, 2020.  Its author is Kateřina Viktorová.

The exposition aims to introduce the opera from the very first premiere abroad in 1871 in Petrograd (when Smetana was still alive). It will also show its triumph at the International Music and Drama Exhibition in Vienna (1892) which introduced this opera the world. A year later it was premiered in the theatre “Na Vídeňce“, more success quickly followed. “The Bartered Bride” was on its way around the world. It was played in many European cities during the end of the 19th century, especially in German speaking countries. The success continued to the beginning of the 20th century when it was brought to America, Africa, Asia and Australia too. It was played in the MET in 1909 (in German translation). The soprano Ema Destinová, born in Prague, starred as Mařenka. Ema Destinová was involved in getting the opera in the MET together with conductor Gustav Mahler. Jarmila Novotná studied the role of Mařenka for the Metropolitan Opera in 1941 in an English version. The exhibition also introduces modern, significant productions of the opera, i.e. Paris in 2008 or Munich in 2018.