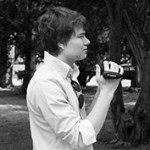 We are a small, devoted team of enthusiastic people whose knowledge, experience and skills complement one another.

Founder, President of the Association of Chateau Liteň, Executive Director of the Jarmila Novotná Festival 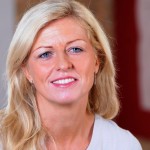 Graduated from the University of Economics in Prague in 1997 (major in International Business and Law‘).Granted an MBA degree at the Rochester Institute of Technology in 2000. She started her professional career as a relationship manager at Citibank. In years 2003-2011 worked as the Head of International Corporate Desk at the Unicredit Bank, Czech Republic. Ivana has two sons, David and Lukáš. She decided to devote herself to the non-profit business sector after the end of her maternity leave.

Barbora graduated from The College of Journalism, with the main field “Cultural journalism”. After many years working in a leading model agency or in a commercial PR sector she had decided to enter a cultural sphere. Since 2011 Barbora has been fully dedicated to PR and marketing of cultural projects of cinema, fine arts or theatre but music sphere is her most favourite. After working in the PKF – Prague Philharmonia, where she held the position of a Head of PR and Marketing, Barbora became a freelancer with the aim to participate on different cultural projects. She has been working for the Association of Chateau Liteň since 2015.

After graduating from the University of Economics in Prague, Michaela had worked as an analyst in the research company ACNielsen. Later she turned her focus to the cinema marketing in the Czech distribution company Bontonfilm. Since she had left on the maternity leave, her three little daughters have been her main interest. Within her time posibilities Michaela helps to ensure smooth acting of the Association of Chateau Liteň.

Cooperation on Dramaturgy of the Jarmila Novotná Festival

She studied piano and musicology at the Faculty of Arts, Charles University in Prague. She published in professional magazines and edited radio broadcast programs. She produced concerts while still in pursuit of her degree. Continued in her publishing work in the newspaper Lidové noviny (2000–2009). She completed an internship for specialist journalists in Berlin in 2003–2004. She has been giving lectures about musical history at the New York University of Prague since 2006. In 2010–2012 worked at the Ministry of Culture where she was responsible for grants in music. Until recently, she taught music history at New York University of Prague. In 2010–2012 she worked at the Ministry of Culture of the Czech Republic. In 2016–2018 she led the editorial office of classical music on the Czech Radio Vltava, in 2019 she became Head of the Library of the Institute of Musicology at the Faculty of Arts.